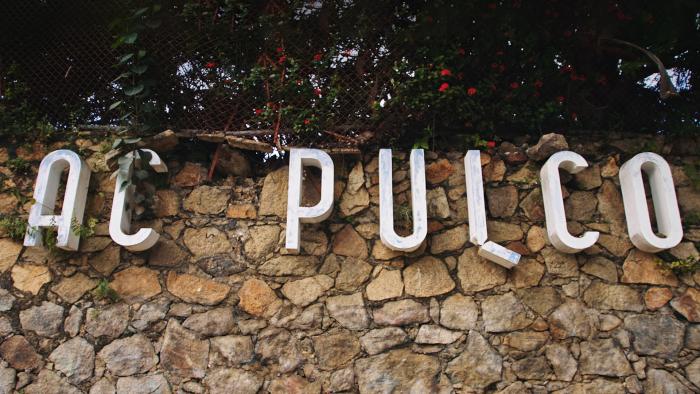 Jeff Berwick had a brain blast as he circumnavigated the globe following the internet crash, protected by legal and military systems that regulated the safety of his air travel and allowed him to exchanging currency for housing: it’s so unfair that there are governments telling you what to do, isn’t it?

The anarchists opens with a super fun scene of little kids burning law books and shouting “F*ck you!” to the burning pages, while their parents watch with glowing approval. This is all apparently a proud moment of anti-state freedom. No one can tell us what to do! Etc. Now, I’ve seen a lot of documentaries about a lot of non-reality based bands. I can sympathize with the perspectives of flat earth people and even some people who walk around in self-improvement cults with high hopes. But this celebratory auto-da-fé was high on my scale of disconcerting and disturbing.

The anarchists is a six-part documentary series from HBO that tells the story of a group of anarcho-capitalists (although the definition of this term varies among interviewees) who establish an enclave of libertarian expatriates in Acapulco, Mexico. .

The settlement began when Berwick took a break from his globetrotting to “stay” in Mexico for a while to decide what he wanted to do. Then he begins to immerse himself in literature that reinforces his concepts of his own exceptionalism and that whoever tells him what to do is the bad guy.

“They don’t teach any of that in school!” These are the real things, the important things.

In addition to clearly disregarding social studies, Berwick merges a mixture of conspiracy theory and Sparknote’s version of political history into his definition of anarcho-capitalism. Then he starts making YouTube videos and connecting with like-minded people. Berwick’s idea of ​​”not free” is apparently not being able to be intoxicated and aggressive in an airport and not being able to call airline employees he doesn’t like a “fucking bitch”. The next day, in an interview, he laughs at his arrest at the airport, calling the United States a “police state” because he was not allowed to verbally assault a woman in her workplace, confirming all two that he 1. doesn’t understand what a police state is and 2. is just kind of an asshole.

The first episode of the documentary, at least, is a brilliant summary of its subject matter – brilliant in the sense that they just let them… talk. They say things like “escaping society” by moving to Mexico, which is as childish and self-centered as it sounds. They describe their half-hearted understanding of anarcho-capitalism. They poke fun at the “dangers” of Mexico from the top of a well-guarded tourist center. You can see them wanting to be important, wanting to be consistent: we made this move, this bold choice, so we can’t be like everyone else! There is a deep, clumsy tragedy about these people, a determined but frankly irrational conception of their world that they utter as if it were deeply reasoned. This aspect of the movement is indeed Randian.

On the other hand, there is a wobbly danger in this kind of media that people will tune in and be fooled by it. The same people who take Atlas Shrugged and cling to quotes because “yeah, that sounds like something that feels real” instead of stepping back critically and realizing the whole book is a hero’s wild dream and bad guys who don’t. really reflect how society works. These are exactly the ideologies skewered so effectively in tales like Bioshock and Bioshock II: to claim that you can choose not to care about any kind of social obligation is as disastrously selfish as it sounds, and this story probably ends with factions at each other’s throats for profit, influence or resources… the state reduced to a single megalomaniac truly free to pursue the ends he personally deems desirable, unconstrained by government controls to protect the people that they might affect. We’ve all just experienced a pandemic that made this kind of thinking overtly deadly on a large scale.

The fundamental complacency of anarchists is staggering: to sit in front of the camera and happily and uncritically recite their doctrine as if it must be obviously true for anyone listening is a certain level of indoctrination. Berwick gestures for the camera in a high-necked Hugo Boss polo shirt in a lavish home, talking about how he escaped society. It’s something.

The Acapulco anarchists then begin to organize a conference – with expensive tickets, naturally – where speakers can lecture from an assortment of perspectives on anarchy. Some of them are more libertarian (“I don’t want to subsidize your pregnancy, sorry ladies”) and others…well. An “unschooling advocate” appears to speak out against discrimination against children. “Deschooling” allows children to explore their own interests and ignore anything they don’t want to hear, much like their parents who choose the social sciences at their convenience to support pre-existing worldviews.

All of these people have “well above average intelligence”, insists the same figurehead anarchist couple. “They’re all smart.” Apparently the first year of the conference was a bit hectic. “No organization for that,” complains an anarchist.

But soon the conference improves under another direction, becoming a massive exposition of self-proclaimed anarcho-capitalist thought. Then they put out a whole bunch of anarchist content – ​​you know, usually well-dressed white people all eating together at a nice restaurant.

Here are the stories of two of the self-proclaimed anarchists arriving for one of the following conferences:

Two young straight white Americans (with dreads, of course) cross state lines and are shocked and offended to be arrested for consuming massive amounts of weed. They kept insisting to the cops that the cops should just, you know, let them go. I mean, it’s awful. Then, very rudely, the police started calling them flight risks. The young whites’ family send money for bail and a truck on eBay and they fled the country for Mexico, taking Berwick’s instructions on how to cross without a passport.

If you can get past the first episode, good for you and your ability to regulate your blood pressure. I certainly couldn’t.

Did I think it was possible to really gentrify anarchy before The anarchists? Honestly, my mind has been opened.

If you want to overdose on good old American hysterical individualism this summer, that true bootstrap/f*ck the rest of humanity attitude, you know where to go to spread it.

But really, seriously, The anarchists is a fascinating jab at those insular online movements so mired in their own doctrinal gaze when exposed to the light of a wider, less indoctrinated audience. At no point in episode one does the documentarian, Todd Schramke, say anything like “can you believe that?” Hell, because I know he might be converting. He just lets them talk, talk, talk.

No, the most direct and sharp contradiction to Randian’s claims in the first episode is one of the residents of Acapulco, a man who calls the city’s anarchist ideas of a stateless paradise “a bit naive before detailing the literal war zone that Acapulco was a few years earlier, with some brief images of bodies in the street. But of course, the libertarian ideals championed by anarchists reassure them that if they are not drug trafficking cartels, they have nothing to fear. Because crime only happens to the guilty and people who don’t have the money to stay in the nice hotels with good security.

I’ve been to some of these Acapulco resorts; it’s the kind of place I save all year to spend four days. My wife and I call them Disneyland Mexico, a fantasy world of sightseeing fun with no mundane, real abrasions to disrupt the illusion. I have never seen anyone embrace the illusion so completely before.

“If this beautiful paradise can be a beacon of freedom, it will be unstoppable,” says a leading anarchist (see what I did there?) with absolute conviction.

As soon as one of those dreadlocked Americans running from the law starts criticizing the conference for not being revolutionary or “anything you can’t find on YouTube” on social media, the anarchists start to get angry. (Something, something, free speech, something, something, hypocrisy.)

“You can’t do that,” one of the leading anarchist spokespersons shouted, unaware of the truly absurd number of contradictions.

If you want a really bitter laugh at the dregs of humanity, I’ve got the show for you.