A US Army tank crew was forced to remove an anarchist flag that was flown from an armored vehicle in Kuwait.

The South Carolina Army National Guard tank was seen with a stylized red “A” inside a circle – a symbol associated with revolutionary political ideologies since the 19th century.

Images released by the US military last week showed Company A’s tank flying the large red and black flag as it participated in training missions in Kuwait.

A crew member wearing a crest on his helmet with a similar circled A and the phrase “No Masters”, which is synonymous with the movement, also appeared in the photographs.

A-112s were pictured practicing marksmanship with other battalion tanks in the series of publicity images released on February 4.

The 30th Armored Brigade Combat Team during training for a mission in Kuwait. Company A tank was seen flying the anarchist flag and ordered to remove it 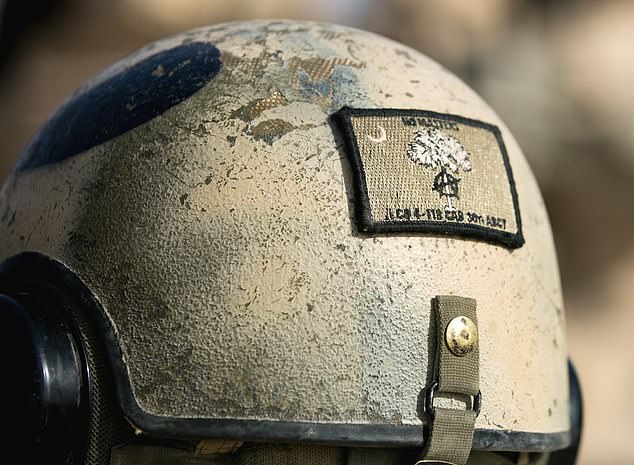 Since the footage emerged, the US military has claimed the flag was hoisted without any intention of making a political statement and has since been withdrawn.

A spokesperson apologized and said the Alpha Company had to come up with a “tough” nickname for their lead vehicle that started with an “A”.

U.S. Army Lt. Col. Cindi King, public affairs officer for the 30th Armored Brigade Combat Team in Kuwait, said in a statement that the company used the flag without realizing what it represented.

He added that the company will now fly its state flag and come up with an alternate name for its tank that begins with “A”.

King told The Drive: â€œThey’re a business – so it’s the tradition that they nickname their lead tank and their business after something that starts with A. There was nothing disrespectful nor policy.

â€œThey don’t want to sound disrespectful or make any kind of statement other than that they’re a business and that nickname sounds tough. 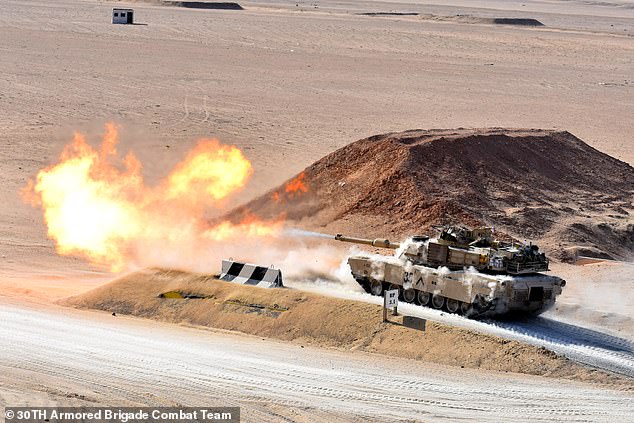 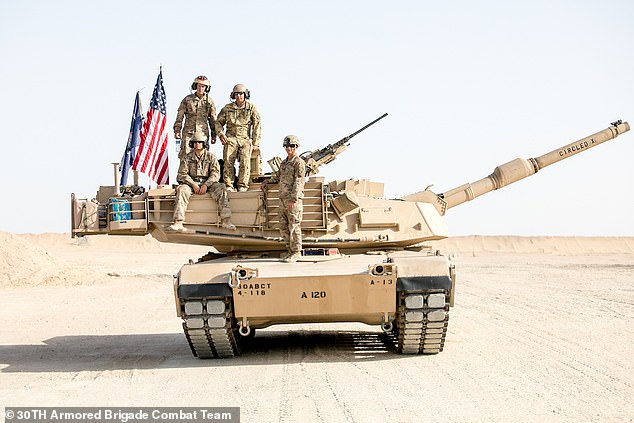 “To make sure there is no more misunderstanding or appearance of making a statement – these photos are deleted and the unit is advised that it appears to represent something it is not intentional.”

â€œThey will proudly continue to display their state and American flags and be thinking of something else that begins with A.

â€œWe apologize if this sent any type of negative message or appeared disrespectful or offensive.

“They didn’t want this to be seen as any kind of political statement.”

Other nicknames used in the 1st Squadron, 150th Cavalry, a unit of the West Virginia Army National Guard, include “Bulletproof”, “Dealer”, “Dinocave”, “Don Quixote” and “Dracarys” from Game of Thrones.

The Alpha Company unit is currently deployed in Kuwait to support Operation Spartan Shield, the ongoing US mission in the Middle East.

Last month, 16 U.S. servicemen were transferred to a military hospital in Kuwait following Iran’s retaliatory missile attack on the Ain Al-Assad air base in Iraq.