A Life for Anarchy: The Stuart Christie Reader is published by the Kate Sharpley Library in conjunction with AK Press. Reviewed by Duncan Campbell. As we wrote in 2020 “He was undoubtedly the most influential Scottish anarchist of the 20th century”.

If you walk along Fleet Street in London and look at the first floor of number 88, you will see a stained glass window depicting a beautiful figure in a kilt. It is Stuart Christie, created by Glasgow glass artist Keira McLean, and the building is that of the May Day Rooms, the archive center which now houses a room named after him and a collection of anarchist material which has been assembled since his death in 2020.

To coincide with the launch of the archives this year, A Life for Anarchy, A Stuart Christie Readerwas published by the Kate Sharpley Library (KSL), the California-based organization named after the young anarchist who, at the age of 22, at a royal presentation in Greenwich, launched the Medals of the First World War won by her late father, brother and boyfriend at Queen Mary, with the comment: “If you think so much of them, you can keep them.”

Stuart Christie is, of course, best known as the person who, in 1964, aged 18 from Blantyre, hitchhiked to Spain from Paris with explosives given to him by Spanish anarchists in exile with the aim that they be used to assassinate the dictator, General Franco. He was arrested in Madrid, the whole operation having been infiltrated from the beginning, and risked a death sentence by vile withers before being sentenced to twenty years in prison. Inside Carabanchel prison, he will meet many others who had risked their lives to oppose Franco, many of whom will become lifelong friends and who are featured in this book.

He only served three years before being released, but soon after he was arrested in London and charged with being a member of the Angry Brigade which had carried out a series of small bomb attacks targeting targets policies. He was held for more than a year in prison until a trial at the Old Bailey in 1972 in which he was acquitted, after testifying that the police had placed two detonators in his car. Four co-defendants were found guilty and imprisoned. After being warned by a Special Branch officer that if he remained in London he would risk arrest, he moved first to Yorkshire and then, in 1976, to Sanday in Orkney where he created Cienfuegos Press, one of his many publishing companies that gave voice to anarchists around the world. 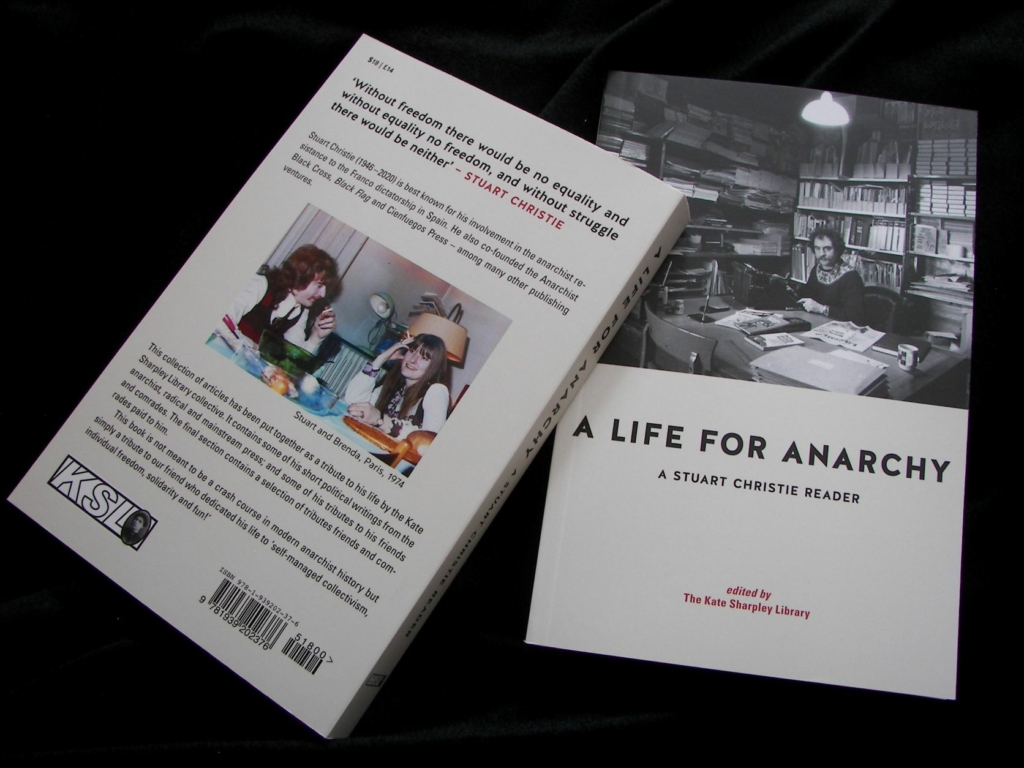 A life for anarchy is essentially a compilation of Stuart’s writings over the past half century that have appeared all over anarchist publications, black flag and Freedomto Times Higher Education Supplement and from what was then the Glasgow Herald to that of London Free time and city ​​limits magazines. There are also contributions from those who knew Stuart from his days as a rebellious teenager to his later roles as editor, publisher and author. His own highly entertaining and self-deprecating memoir, Grandma made me an anarchistwas published in 2005 and is an essential companion to this book. 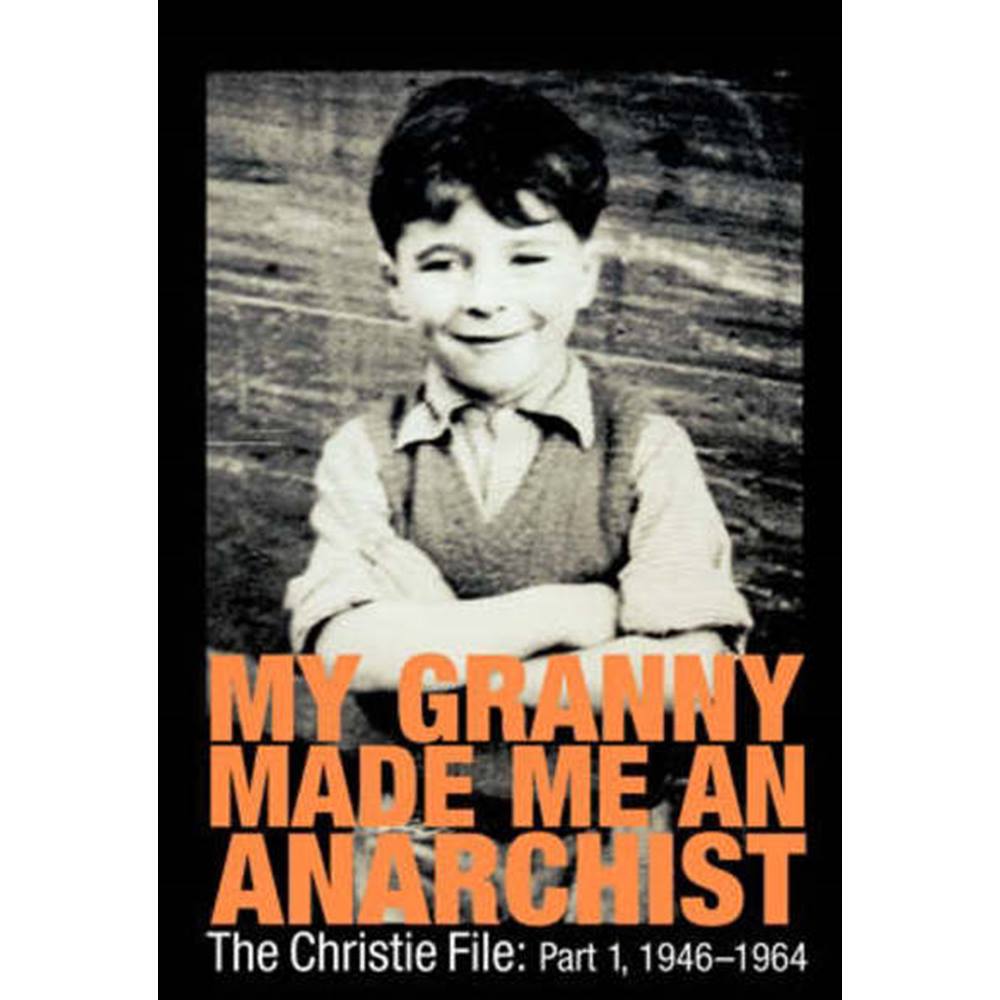 The introduction of the KSL Collective makes it clear that Stuart didn’t let the foiled bomb plot define him. “The failed attempt brought Franco’s dictatorship into the spotlight and Stuart came to believe that the ‘Law of Unintended Consequences’ meant his arrest was the best possible outcome…Without Cienfuegos Press and Stuart’s other publishing efforts , we would know much less about anarchism Who would have given voice to half of these lives and these ideas?

Stuart’s obituary of Franco, which appeared in Freedom, the bimonthly anarchist, in 1975, also places the attack in its context. It is a timely reminder as more and more evidence emerges, through the discovery of mass graves, of Franco’s vengeful brutality long after the end of the Spanish Civil War. “As Franco decayed and rotted on his deathbed, he could see his empire decay too. Perhaps in one last vision of dreadful clarity he saw his achievement without illusion for what it is truly: a time of death and disaster, catastrophe and ruin, fear and agony that struck a people for the sole reason that they failed to free themselves from The Reign of the Host… Death was the main achievement of Franco and his acolytes. Now it takes him too.

While in Sanday, Stuart and his wife, Brenda, also started a local alternative newspaper, the Free-Winged Eagle. In its first edition in 1979, Stuart explains that its title comes from a poem by the Mexican anarchist Ricardo Flores Magon:

“We cannot break our chains with weak desire/With groans and pleading cries/Not by crawling obediently through the mud/The free-winged eagle learns to soar in the skies.” He urges his new readers to come up with their own contributions, but warns that “anything that supports a political party, bureaucratic body or obthe escurantist organization will end up directly in the wastepaper basket. Reviews, poetry, illustrations, etc. will also be considered welcome. What better way to spend a cold winter night than to sit by the glow of the turf fire with a jug of home brew, writing a page or two for the Freewing Eagle! »

Stuart maintained contact with many Spanish anarchists and his obituaries appear here. Of Luis Andres Edo, with whom he shared a cell in Carabanchel, he wrote: “I had just turned twenty at the time and it was he who taught me how to shave the first… often fondly remember the long talks we had each evening after lockdown until lights out when we seemed to cover every conceivable topic under the sun. Many of these streams of thought he devoted to fine onion paper with a tiny hand that we then smuggled out of prison.

His obituary of Miguel Garcia suggests that his life was an example of what anarchism should be in practice: “not a theory handed down by ‘men of ideas’, nor an ideological strategy, but the self-activity of ordinary people acting in any field. as they can in equality with others, to liberate the social relationships that constitute our lives.

Among other writers’ many reflections on Stuart is one from John Barker, who first met him in prison as a co-defendant in the Angry Brigade trial, who was found guilty and imprisoned for ten years and whose own memoir, Bending the Bars, was later published by Christie Books. “I miss him and his last ‘Toodleoo’ at the end of a phone call,” Barker wrote. “I also hope that by his life he makes it clear that it is not a ‘natural course of things’ that one loses one’s youthful revolutionary commitment rather than, as in his case, constantly finding new ways to express it.”

The writer, Pauline Melville, reportedly said that Stuart once sent her photos of Mexican tombstones, one of which she thought might be relevant to him: “Rest in peace. Now you are in the arms of the Lord. Lord, watch your back. Jessica Thorne, who ably assembled the archive now in theaters on May Day, remembers Stuart as “iron-willed, but self-critical”. There are also contributions from Stuart’s Spanish comrades. A rich writing by Xavier Montanya, translated by Paul Sharkey, suggests that the quote that summed it up “perfectly” was from William Kingdom Clifford: “There is only one thing wickeder than the desire to command and that is the will”. Obey.”

Journalist Ron McKay, who first knew Stuart when his reason for appearing in the local Lanarkshire press was the length of his hair, recalls that when asked how he was, Stuart always said things were “Tickety Boo”. And what better way to describe this rich, rambling and informative volume, with its many illustrations and cartoons, than to say that it is indeed just “Tickety Boo” – even if you don’t have the glimmer of a peat fire to read it by .